Welcome to the season of Cancer, my friends. I missed you in Gemini. How are the calendars working for you? 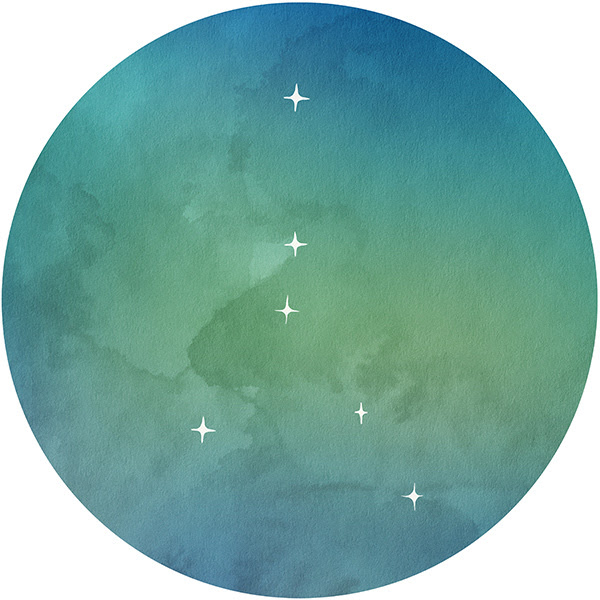 It’s noon — local time — as I begin to write this. I step outside into the bright light of the Cancer sun, raising my hand nearly directly above my head to block the blaze of the nearest star from its roaring furnace, measuring both its zenith and the breeze like a mainsail post. My hand curves to eclipse the sun so high up above, as if a leisured backstroke in a pool, back into the water sign it coincides with on the pages of our calendar.

The sun will be no higher for twelve months, and the four cycles of seasons lie ahead. These are the longer days in the North (where I think most if not all of you dear readers currently reside) — brisk dawns, promptly arriving, giving rest and pause before lazier sunsets, creating for you as much room as possible to celebrate the fullness of life.

The lion’s call can be heard up to 5 miles away. As the symbol of communication, Mercury’s swiftness allows for both fierce and playful conversations to be made. The universe will listen to you, whether a soft meow or a proud roar. Can you hear its response?

Fire manifests change — exuberant, deep, profound. It’s a powerful force in nature, and metaphysically as well I think there is a manifestation of it within each of us. The fire of Leo needs energy, and what better fuel than the actionable presence of Martian light — as a prideful catalyst.

Every 18 months, a delicate trail of the earth is cast into the perfect totality of the new moon, in the most breathless and temporary of celestial coincidences. Cancer is ruled by the moon, and so measured often by these special phases and periods we always track, both monthly and on the long Saros eclipse count. For those lucky humans traveling or living in South America under its sash of shadow, some will be graced by an umbra at sunset.

I could almost write you an email every day about this for the next five days, so wild are these encounters to be awe-inspiring and life-affirming.

But I should almost, if I could, redact everything else in this email and point you solely and earnestly toward the essay by Anne Dillard on her witnessing of totality:

“Seeing a partial eclipse bears the same relation to seeing a total eclipse as kissing a man does to marrying him.”

But I would also be remiss if I did not also point you toward this glorious and briefer series of words spoken by David Baron, on why you owe it to yourself to experience a total solar eclipse.

Likely the next best North American opportunity is on April 8th, 2024. It’s on my calendar. It’s in my brain, deeply, a possibility for a new kind of marriage with serendipity.

Is there a love from which you might become undefended? Shallow in movements from one side and to the other like the Crab and its shell of protection, and be more eager to embrace a connection, an idea, a relationship within or without?

The Astrologicalendar marks this period of retrograde with a thin red line, and its capricious warning of this anticipated period of more frequent mistakes, errors, or confusions — all are survivable, for anything striving toward perfection owes a debt to the rounding and improvements that come from all acts of creation. I don’t blame Mercury for these hiccups, but rather note how they are better understood and reflected in this epicycle.

All eclipses are joined by at least one other, a fortnight apart. North America will miss any direct observations, but I’ll be thinking of what partial changes — however invisible — deserve my increased attention.

All visions owe a debt — sometimes we must be the ones in daylight in order for others to witness the more majestic experience, just as a full moon is indebted to a new moon.

Retrograde motion sweeps Mercury temporarily back into the waters of Cancer for another dip, cooling off from the intensity of Leo.

The prideful lion basks in its season.